A nine year old African American girl by the name of Addy Walker was a slave in North Carolina in 1864. Like many slaves, in order to proclaim their love for each other, Addy’s parents jumped over a broom as a symbol of marriage, even though their owner did not acknowledge this ceremony since slaves were considered property. 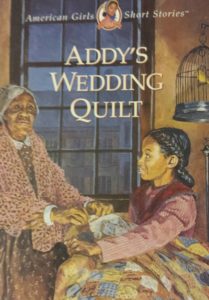 In 1864 Addy, and her family escaped to freedom in Philadelphia. Once reunited, Addy’s Poppa wanted to make their marriage official in the eyes of the church. To make a special gift for her parents, Addy decided to put together a quilt from squares of fabric that her mother saved from her job as a seamstress. The quilt also included fabric from her uncle Solomon’s shirt, the date of their wedding, and fabric in the shape of the broom to remind her parents of their past love for each other.

Why we quilt today.

At Girl AGain we invite girls to recreate Addy’s quilt in honor of black history month. Openly talking about these events and celebrating African American history is a reminder to our country of the mistakes our ancestors made in owning slaves. We are also helping to teach the newer generations about the importance of love, tolerance, and acceptance in a fun and creative activity based on a character they know and love.

You can find the American Girl books from Addy’s story, as well as the doll and her clothing and accessories at Girl AGain.  Everything is very authentic from the period. 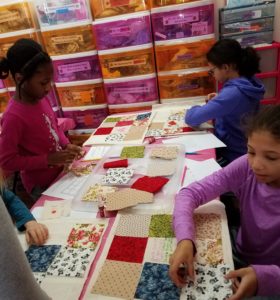 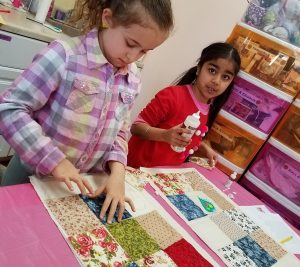 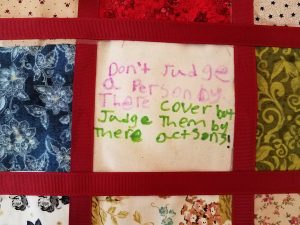 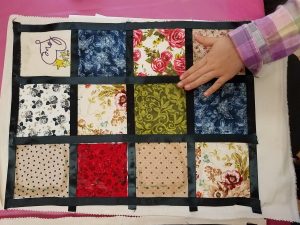 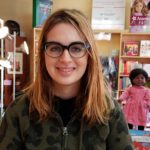 Julia graduated from Yes She Can’s job skills training program and now volunteers on Saturdays at Girl AGain.  She is a student at Westchester Community College.