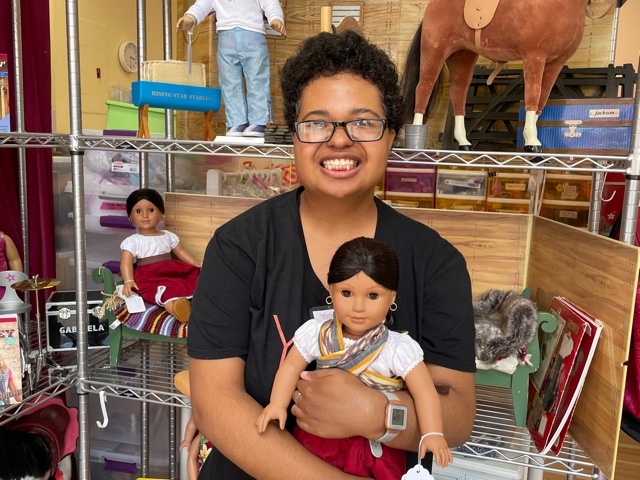 Hola! Como están, new and existing customers to Girl Again! I heard that September is Hispanic Heritage month and I have mucha información to tell you about Girl Again’s first Latina historic doll called Josefina.

Hispanic Heritage Month is observed between September 15th and October 15th, to commemorate the independence of some Latin American countries,  and to recognize their culture, history, and valuable contributions. Hispanic culture, food, and music are very important to Josefina.

Hispanic Heritage Month was celebrated in my school district and in Spring Valley, NY because my town has a large Latino population. I learned in history class that New Mexico was part of Mexico which was owned by Spain as well as Los Angeles, California, during Josefina’s time period.

Josefina is a very special doll. During her time period, she would use an adobe oven to make tortillas, which is a staple in Mexican cuisine. The tortilla can be used to make tacos, quesadillas, and so on. I know that black beans, chilies, coffee, and cacao beans to make chocolate are grown in some Hispanic countries, and food, in general, is very important to their culture.

Besides baking, Josefina also loves to sing and has a beautiful voice. I learned that Josefina doesn’t like goats.

If you want to learn more about Josefina and add her or any of her accessories to your doll collection, te invitamos a Girl AGain!

Viva Yes She Can!